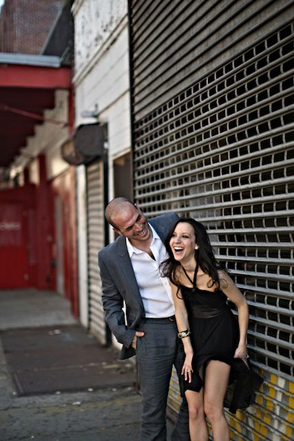 This was a great week back to NYC and I owe it all to Jenn & Danny!! I am always totally ready to rock a NYC shoot but I must say these two brought it!!

HOT HOT… OH AND DID I MENTION… HOT?!?! We had a fabulous time in the meat-packing district and then onto one of my favs… Times Square!

But first…. A little about them…. 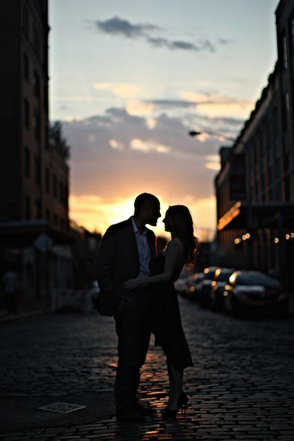 Jenn & Danny met 9 years ago through a mutual friend. Danny says, “I saw this amazingly cute girl and thought, “she is totally out of my league”. 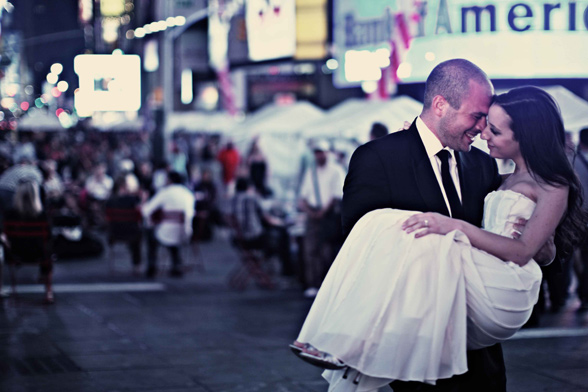 They barely spoke that evening but managed to keep in touch through an old favorite AIM!! (Yes there was life before Facebook!) “She was crude and bold”, Danny admits which is the very thing that had him! The couple spent most of the time doubled over in laughter and over the course of a few months they really got to know each other on a more intimate level! He blurted out the words “I love you”, over dinner. His words were not returned and that was the very thing he loved about her! 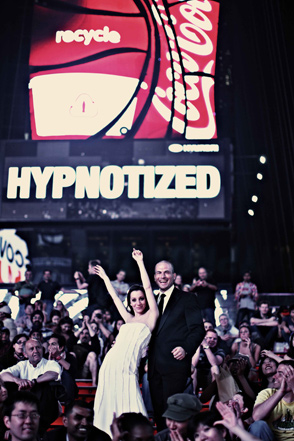 It was a Jennifer’s birthday so the pair decided to both take off of work! Danny arranged a beautiful brunch at Locanda Verde and beautiful day at Governor’s Island. The Island was packed so Danny took Jenn to a quite spot just beneath the exquisite shade trees. They lay down under the tree for a while when Danny presented her with her birthday gift. Each year he had given her a gift from her favorite designer so she was not surprised to see the usual packaging. As she opened the wrapping she noticed it was a blouse in which she already owned. Danny re-wrapped the first gift he ever gave her and nestled inside was a sparkly something. Danny got down on one knee and proposed. She laughed then cried and finally she said yes!

Stay tuned to check out Jenn & Danny’s magical wedding day, but in the meantime…

Please take a moment to live their fun & fierce day in the city!

Special thanks to http://www.facebook.com/mymoho For teaming up with us on this fabulous shoot…

Makeup by Charles at rouge NYC

An urban wedding can be lush too 🌿🌿 Loving t

Alexa & Ted threw an amazing party ✨ and we were

Life is sweet together ✨Photo by #Barbara_AVPhot

Elevating the glam look with a rustic backdrop ✨